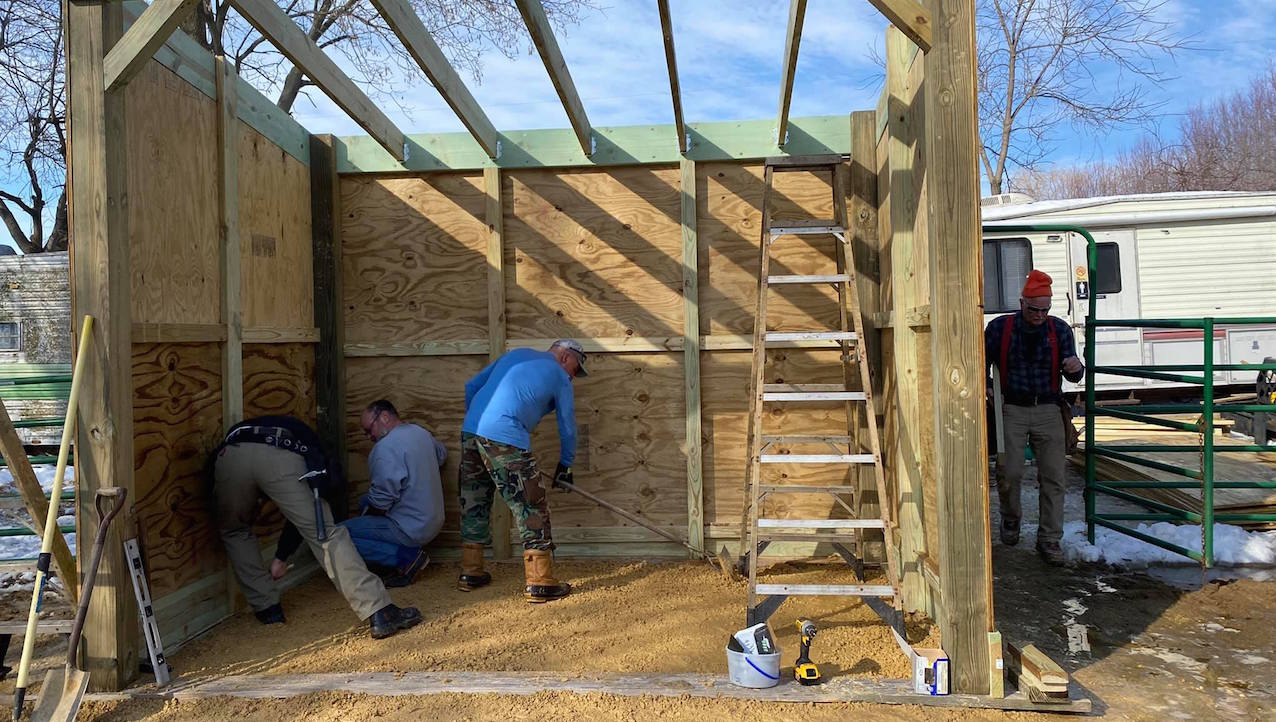 SHARON — No animals were injured, but a pole barn sustained major damage and is being rebuilt following a roof collapse a week ago at Valley of the Kings Sanctuary and Retreat in Sharon.

This weekend, workers were on site building a new shelter for Canela, a blind horse.

The Sharon and Darien Fire Departments were able to get all the animals out safely after the collapse. A veterinarian has checked the animals and all are in good health, minor scrapes.

The barn is not insured, but they are setting up several fundraisers through Facebook, GoFundMe and Associated Bank.