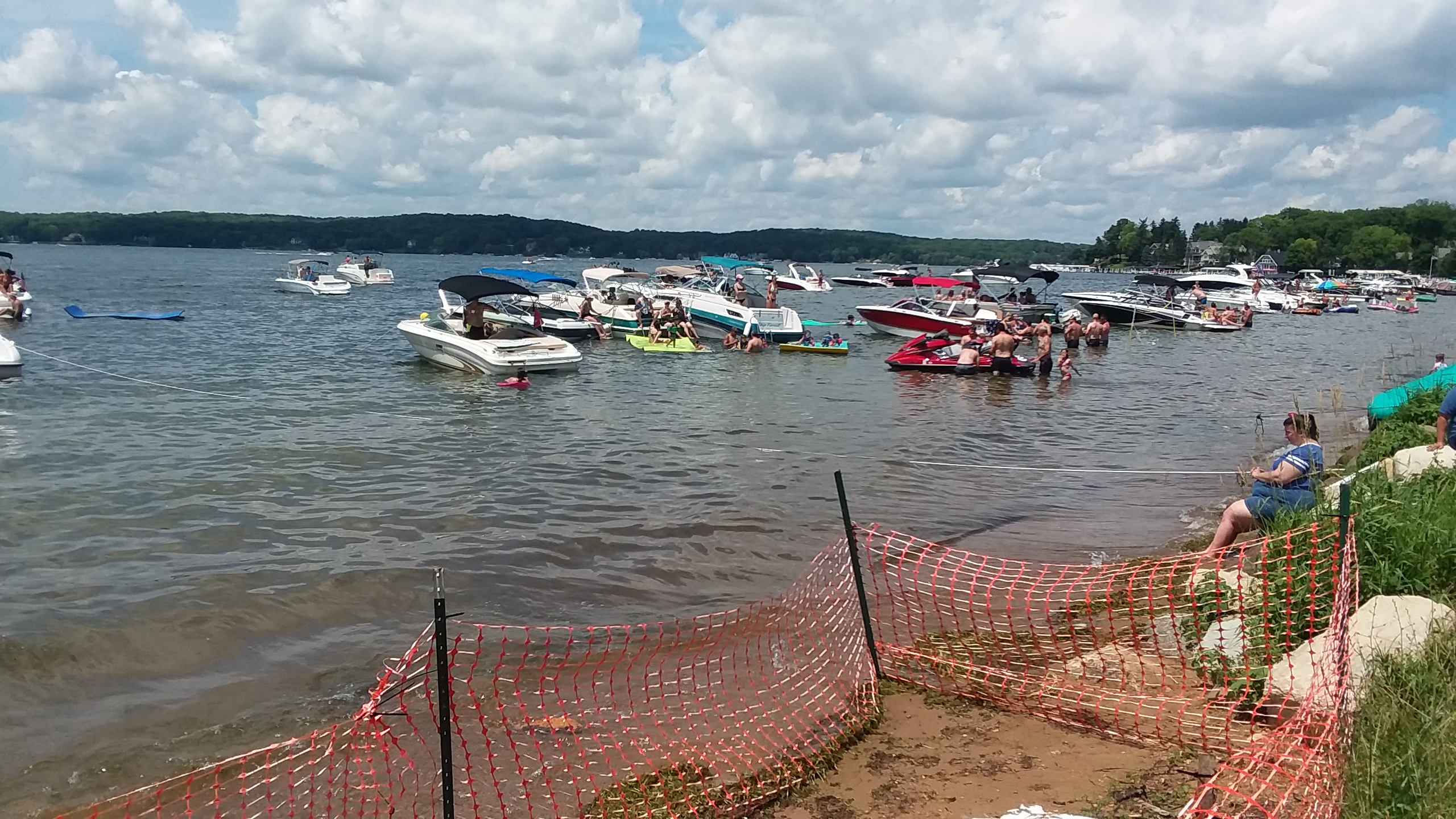 LAKE GENEVA — Ongoing concerns over the spread of COVID-19 means the beach at Big Foot Beach State Park will be closed indefinitely, according to the Wisconsin DNR.

The beach occupies a narrow strip between Buttons Bay on Geneva Lake and S. Lake Shore Drive on the west end of the park, making social distancing impossible in many spots, according to the DNR.

“Due to how narrow it is, some spots are not even 6 feet wide, it is not possible to social distance,” a DNR spokesperson said in response to an email. “We do not know when the beach will reopen, that decision will come from upper DNR management, not at the park level.”

The park itself remains open along with the campground.

The fate of the beach has been the subject of intense local debate for years.

COVID is the latest worry, but safety has been a major concern for years for beachgoers who must cross the busy S. Lake Shore Drive to get to the water.

A plan floated in 2015 to move the roadway back from the water behind the Ceylon Lagoon was shot down at the time.

But a new plan resurfaced in early 2020 when city officials raised the issue again by including in a comprehensive plan for the next 10 years an agreement to consider working with the Wisconsin Department of Natural Resources to address safety concerns at the beach.