Burlington Liars’ Club announces lie of the year, and it’s a doozy 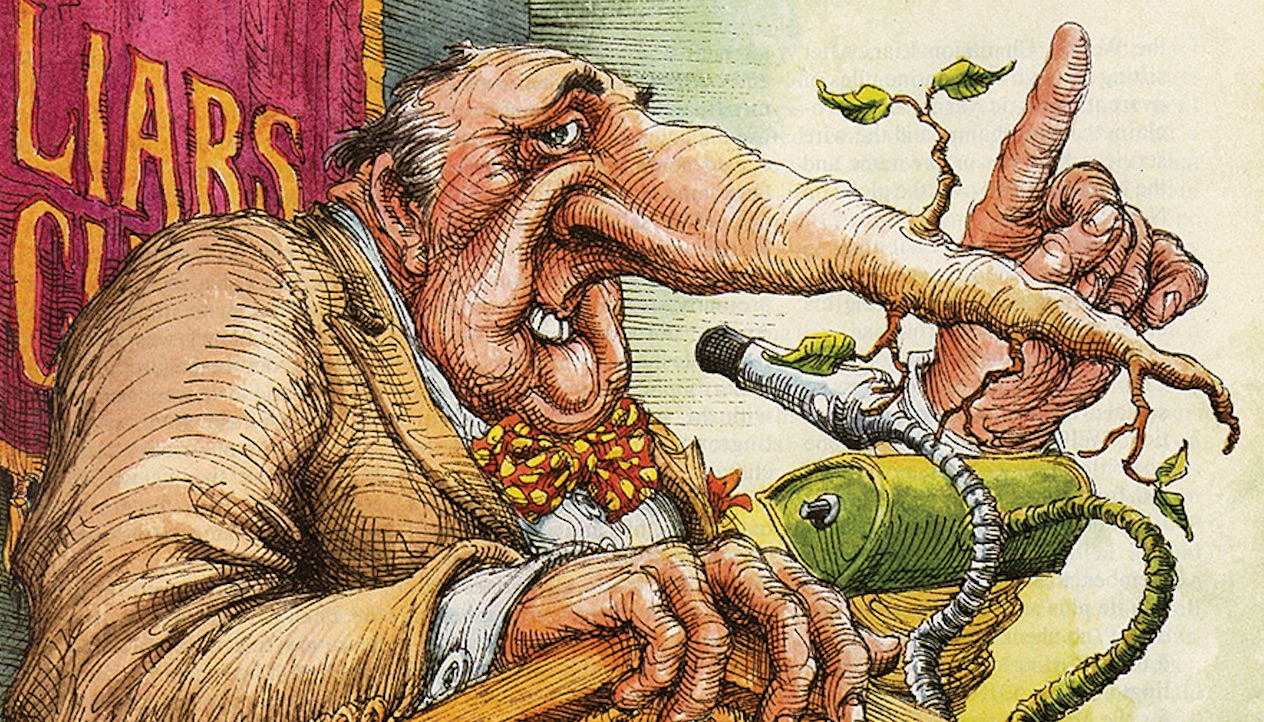 This illustration by John Schmelzer appeared in the December 1986 issue of Ford Times.

BURLINGTON — Daniel B. Lohnis of Racine, Wisconsin has been declared the Champion Liar for 2022, the Burlington Liars’ Club announced today.

“The list price of my new car was so high, I was able to use the cash back rebate to purchase my first home.”

Honorable Mentions in no particular order go to:

“My dog is so confused with all the political whistle blowers he doesn’t know which way to go or what to do.”

“I’m not saying that diesel fuel is expensive but the bank has a loan officer next to the pump.”

“On Valentine’s Day I asked my wife whether she would like breakfast in bed. She said that would be very thoughtful so I pushed the bed out into the kitchen. Even went to the extra effort of making sure that she could reach both the stove and the refrigerator. I didn’t even get a ‘thank you’.”

“For the past 15 years I have been unable to eat any of my favorite foods, such as Italian, Mexican, Greek or drink any bee. This is due to a very touchy stomach. I saw an article about a clinic in a country that shall go unnamed. I made contact with them about getting a stomach transplant with that of a goat. I had the operation done about a year ago. And when I returned home by first meal was a huge place of spaghetti with extra sauce and I drank several beers after which I ate the cans. I gotta say it wasn’t baaaaaaaaaaaaaaad.”

If you would like to enter the contest for 2023, email your entries to championlies@gmail.com or address them to The Burlington Liars Club, P.O. Box 156, Burlington, WI 53105.

Newspaperman Mannel Hahn is credited with giving birth to the Liars’ Club in 1929.

According to an article in the 1940 Rotarian Magazine, Hahn was living in Burlington, and I was freelancing as correspondent for the Milwaukee Journal and the Chicago Daily News.

Unfortunately for Hahn, there were no fires, murders, or train wrecks to write up and send to editors following Christmas of 1929.

So Hahn says he sat down and concocted a fantasy of the non-existent meeting of an ephemeral “liars’ club” and its award of a medal.