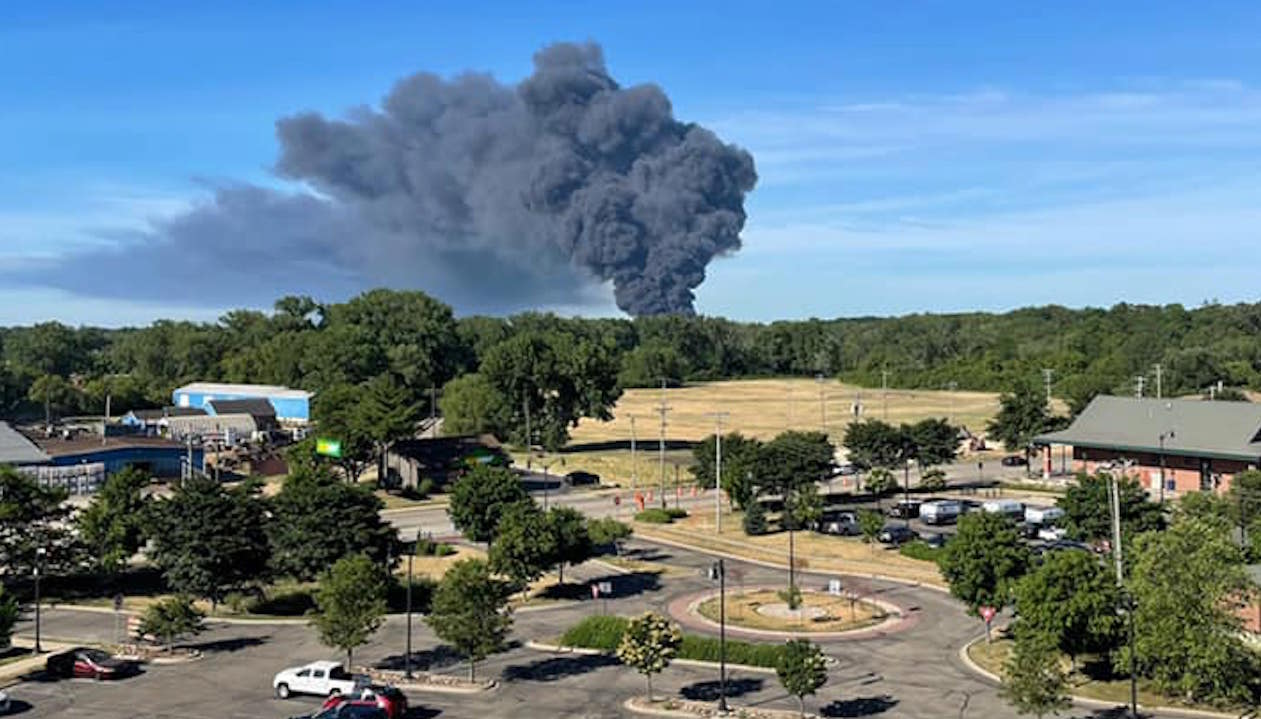 ROCKTON — The massive fire at the Chemtool plant in Rockton, Illinois, continues to burn for a second day as residents in the evacuation zone remain away from their homes.

The fire was still visible Tuesday morning in Walworth County by residents in Sharon, Fontana and other communities.

The Chemtool facility, the largest manufacturer of grease in the Americas, caught fire Monday after a reported explosion.

The company was founded in 1963 by area businessman James Athans. Chemtool moved to its current location in Rockton in 2009 and was most-recently purchased by the Lubrizol company in 2013.

In 2004, prior to its move to Rockton, Athans had sought zoing approval to build the plant in Linn Township near Zenda, however fierce local opposition and concerns over the impact on groundwater scuttled the plan.

As of Tuesday morning, the evacuation order for those within one mile remains in effect.

Those living within the one mile evacuation zone, should go to Roscoe Middle School at 6121 Elevator Rd., Roscoe. The Salvation Army and American Red Cross are managing needed resources for evacuees.

The Winnebago County Health Department is recommending those within a 3 mile radius wear protective masks when outside.

Gov. J.B. Pritzker has deployed the National Guard’s specialized team that is trained to deal with situations like these, according to the village of Rockton.