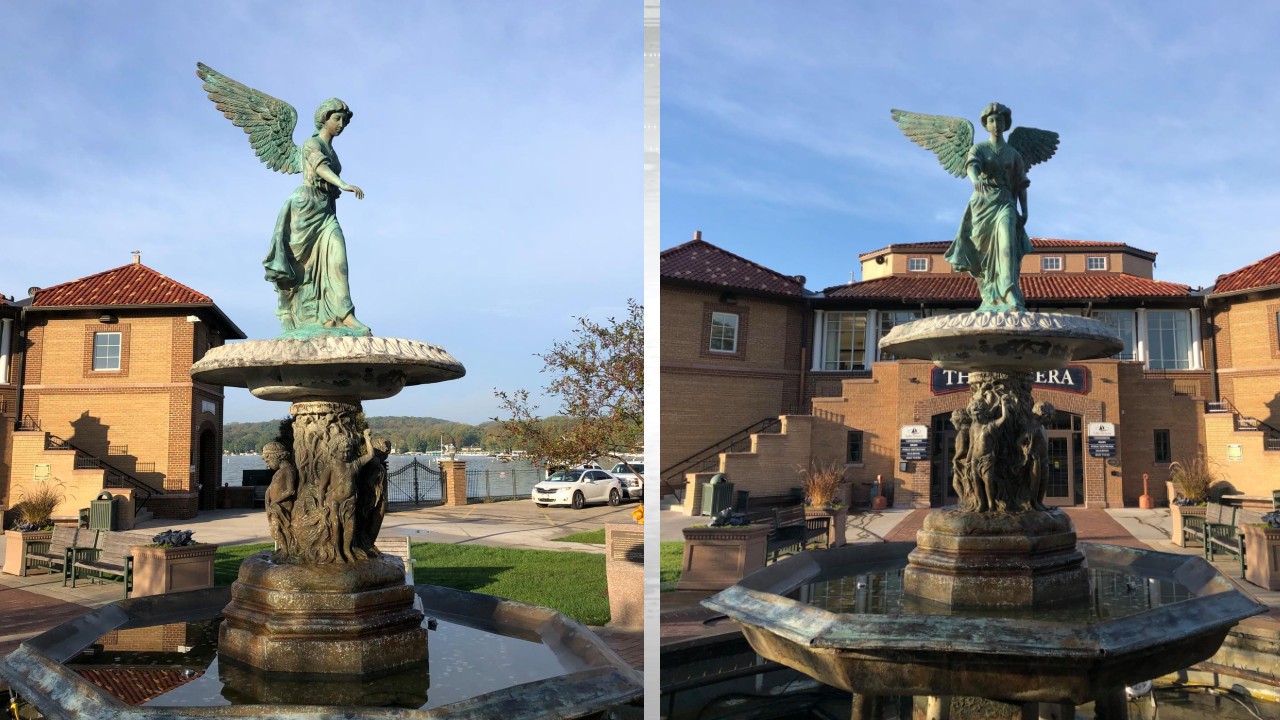 The angel atop the Richard Driehaus Family Fountain at the Riviera in Lake Geneva. City of Lake Geneva photos.

LAKE GENEVA — A familiar sight, missing for months from downtown Lake Geneva, returned to its proper home today atop the Driehaus Family Fountain in Lake Geneva.

Police say angel statue that typically sits atop the fountain was damaged about overnight June 5 by two out-of-state suspects.

Since then, it has been at a Vanguard Sculpture Services in Milwaukee for repair, and was replaced on the fountain today, according to a Facebook post from the city of Lake Geneva.

Todd Stewart, of Fort Wayne, Indiana, is charged with criminal damage to property over $2,500, resisting and obstructing an officer, and disorderly conduct, according to online court records.

Evan Waller, 20, of Palantine, Illinois has been cited with damage to property and underage consumption of alcohol, according to the Lake Geneva Regional News.

The fountain was donated to the Lake Geneva in 2004 by the philanthropist Richard Driehaus, who died in March of this year. It is a replica of the “Angels of the Waters” fountain located in Central Park in New York city.