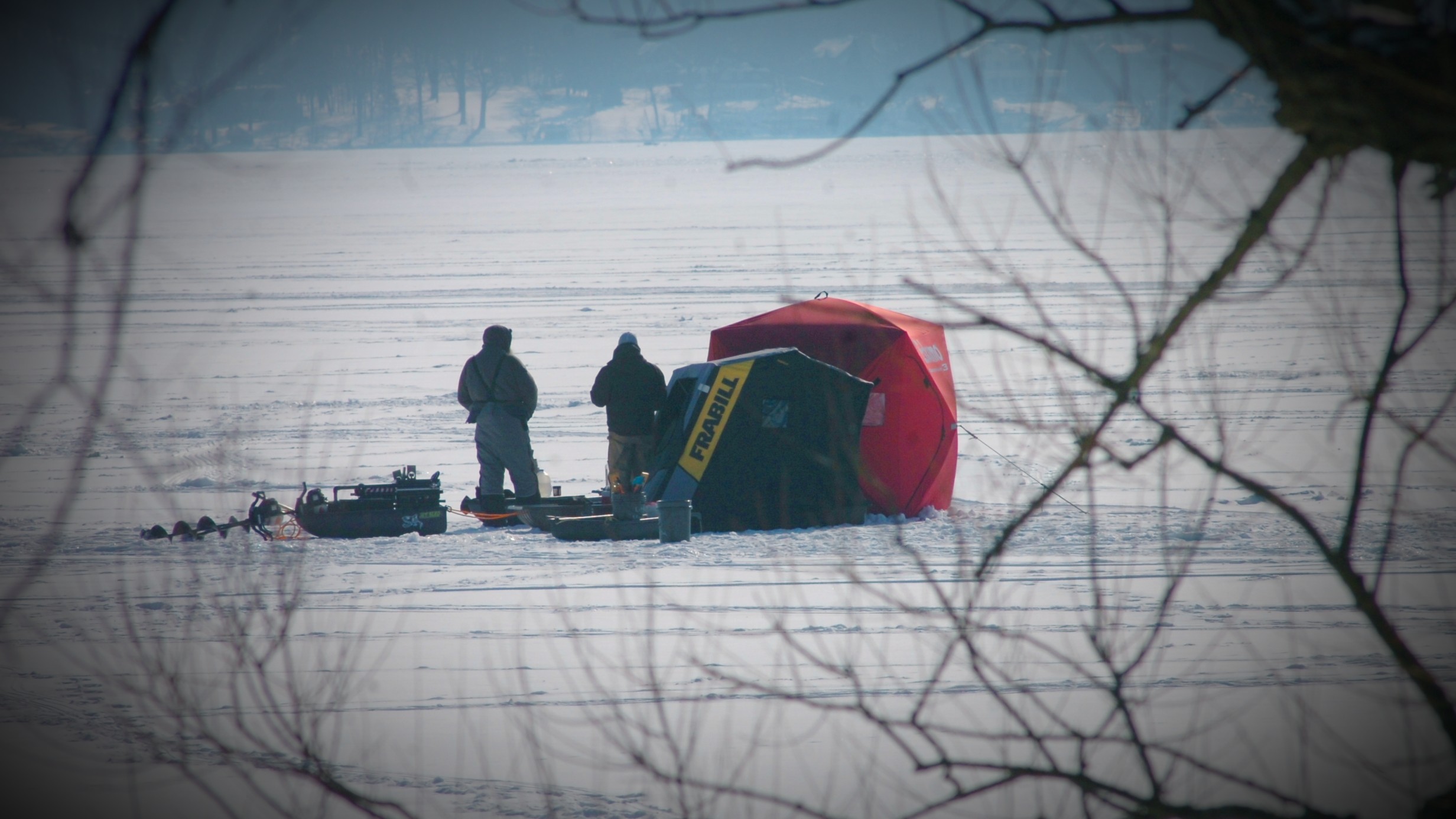 WALWORTH COUNTY — Don’t have a fishing license, don’t worry about it this weekend.

On Free Fishing Weekend, Jan. 15 and 16, 2022, you can cast a line without having a fishing license, trout stamp or salmon stamp.

Be sure to know the condition of the ice before heading out.

Lake Winnebago always draws a crowd once the ice forms. And ice expert Don Herman told WBAY-TV that despite strong winds recently that opened up part of the lake, it still has a pretty good base. Herman says, “Actually, the lake, besides how rough it is and ice shoves and everything else – it’s not that bad, about eight, nine inches.”

In Door County, the ice on the north end of Kangaroo was 6-7” according to Bruce Smith.

“On my first ice outing on the ‘Roo, I caught the usual tiny perch, but I also saw several northerns cruising just below my boots,” Smith said in his latest fishing report. “I had two pike on, one jigging and one on a tip-up, but did not get either on the ice. The K-Drill worked great, by the way! I’ll be back.”

The prospects for fishing the bayside for whitefish any time soon are not good, Smith says.

Just last week, dozens of anglers were trapped when the sheet of ice they were on broke off and floated out into Green Bay, according to a post on the Door County Fishing Facebook group.

With the warm water temperatures, waves were still lapping right up to the shoreline around Egg Harbor and Juddville. Ice was forming in some of the back bays further south.

The typical early ice locations like Little Sturgeon Bay, Sawyer Harbor and Bayshore County Park are beginning to be dotted with ice shacks. These anglers should be able to find some early perch action.

With the recent blast of colder weather, the ice should improve, and anglers will be able to target whities in the shallower water.

It may not be until late January or early February before the ice fishing guides will be pushing shacks out into the deeper waters of the bay.

In the southern part of the state, there is still open water on Geneva Lake, however some anglers have been spotted on Geneva Bay, which has reported ice of 5 inches or so, according to posts on Lake-Link.

Delvan and Como should be ready for shacks in about a week, according to posts on the Fishing Walworth County Facebook group.