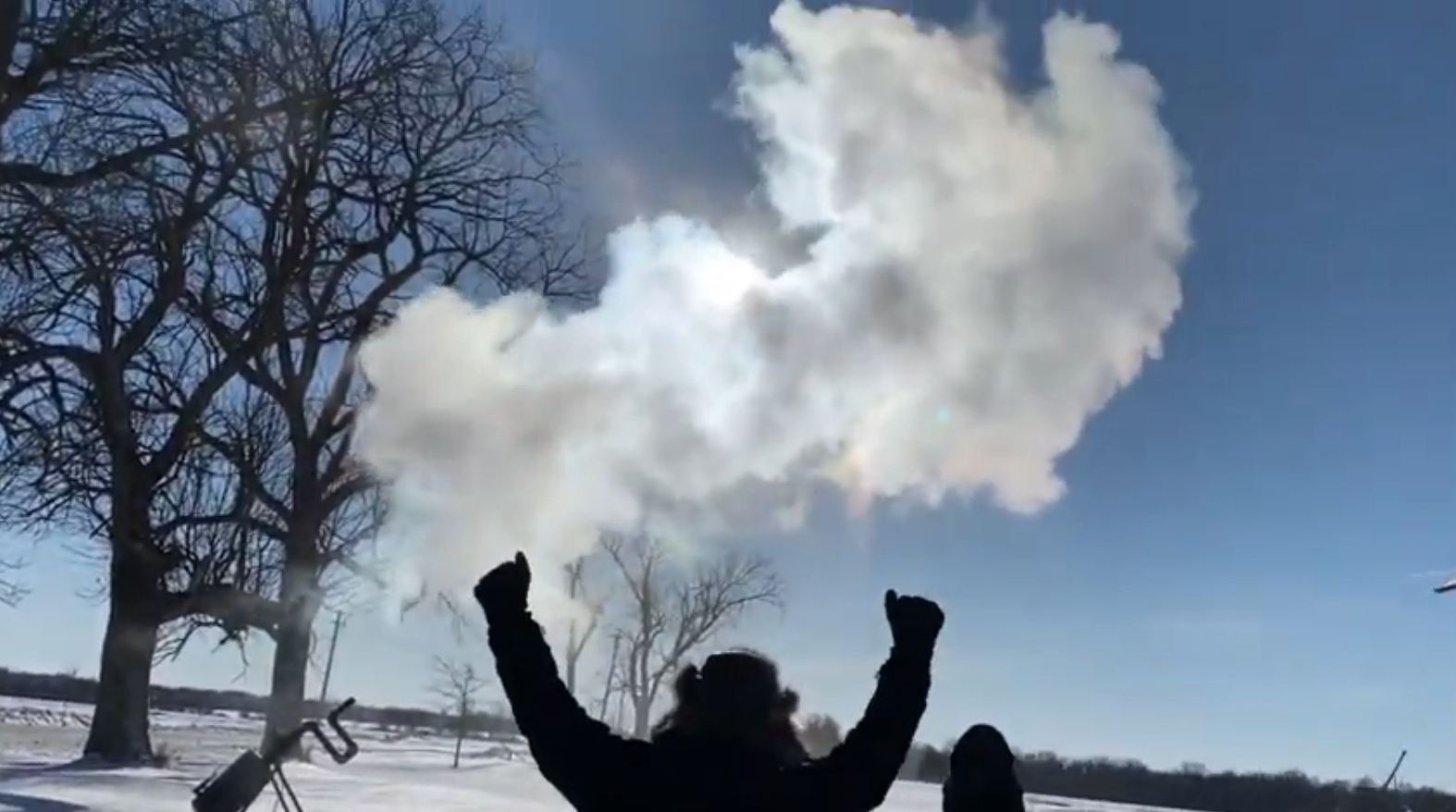 LAKE GENEVA — After nearly two weeks of below zero temperatures, we’ve all seen the social media videos of people tossing boiling water into the air, only to have it freeze before it hits the ground.

How to top that? Beer snow.

In a video posted to their YouTube channel, Sparky and Skeeter walk viewers through the process, (which predictably Leinenkugal beer brought to a boil with Johnsonville brats), ending with beer snow shot from a cannon.

The stunt has gone viral, being featured on TV stations like Madison’s 27 News and OnMilwaukee.com.

Now it may not be the Lake Geneva Ice Castles or the U.S. National Snow Sculpting competition to brining visitors to Walworth County, but you never know where it may lead.

The answer? Who is Williams Bay teacher Erin Creed?