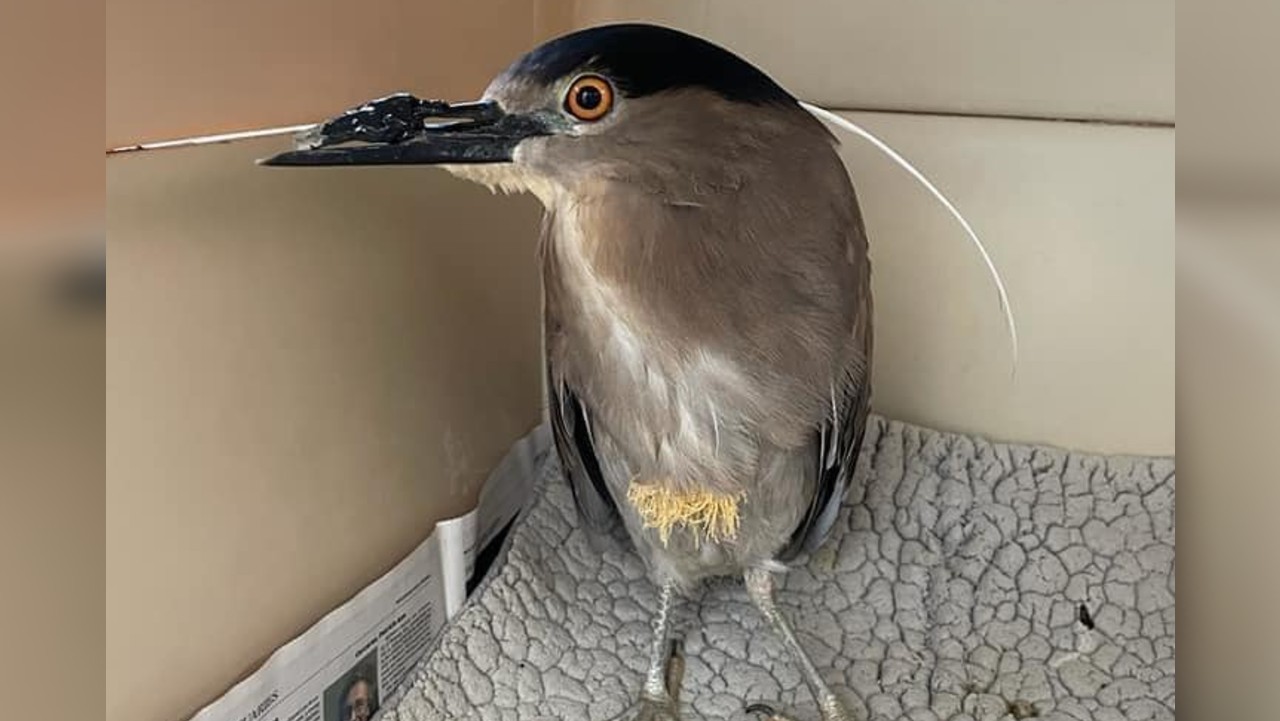 This injured heron nursed back to health at Fellow Mortals will have a new home in the Montreal Biodome.

LAKE GENEVA — After two years of painstaking rehab, an injured black-crowned night heron that captured the hearts of people throughout North America is now well enough move to a permanent home.

According to a Facebook post from Fellow Mortals Wildlife Hospital, the heron arrived from Burlington starving, with a broken bill and badly damaged eye.

On her long road to recovery, the heron progressed from a specimen spoon taped to her bill to a custom made prosthesis, allowing her to transition and learn to fish for herself.

At her first surgery, the scab covering her injured eye was removed and revealed healing and sight. Fellow Mortals had hoped that her bill would similarly repair itself through natural growth, but that was not the case.

Due to her lack of bill growth, it was determined by one of the veterinarians that the heron would not be able to be released back into the wild.

After reaching out to an Illinois DNR endangered resources wildlife biologist for potential placement ideas, the heron has now found her permanent home at The Montreal Biodome.

This little bird who touched so many hearts and who was featured on Fox News is going to spend the rest of her life in Canada.