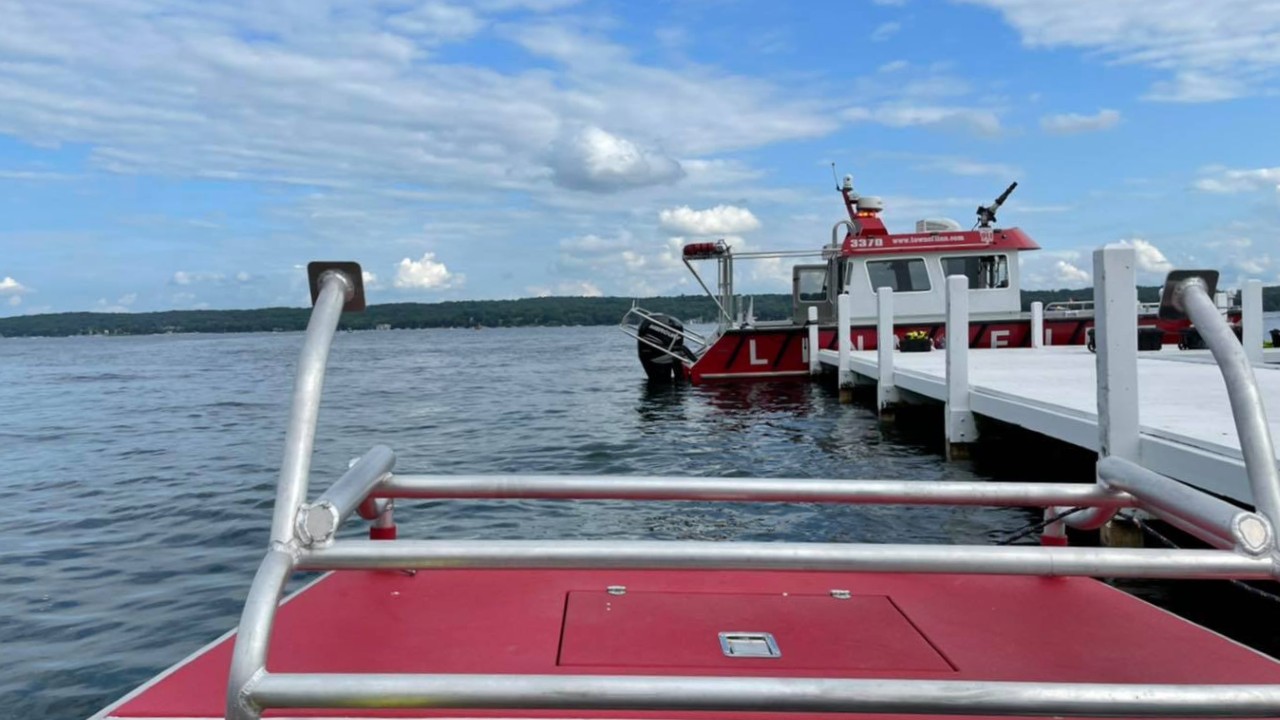 UPDATE — Authorities say they have recovered the body of a 22-year-old Illinois man from Geneva Lake near Williams Bay.

The drowning victim is identified as Fadi A. Albazi from Morton Grove, Illinois.

Albazi’s body was located in approximately 128’ of water. Two ROV’s were utilized to recover the victim.

Investigators say Albazi was being pulled on an inflatable tube by a boat with five people on board.

When the victim fell off the tube, his life jacket slipped off. He began to struggle to remain above water, occupants on the boat jumped into the water to try and rescue the victim but were unsuccessful.

At a 6 p.m. Tuesday news conference, Tom Hausner, commander of the Geneva Lake Law Enforcement Agency say that they currently are looking for an Illinois resident 22 or 23-years-old.

As of 8 a.m. Wednesday, an Illinois search team was responding with an underwater Remote Operated Vehicle to assist in the recovery.

There were other people in the boat at the time, and Hausner said no foul play is suspected. He said he believes it was an accident.

Authorities say the man was tubing when he went under water. He was wearing a life jacket but it came off.

Both sonar and drones are being used in the search. Recovery operations were expected to go on throughout the night.

The Lake Geneva Law Enforcement Agency reported that the call was a probable drowning.

The operation turned to a recovery effort shortly after 5 p.m., according to the agency.