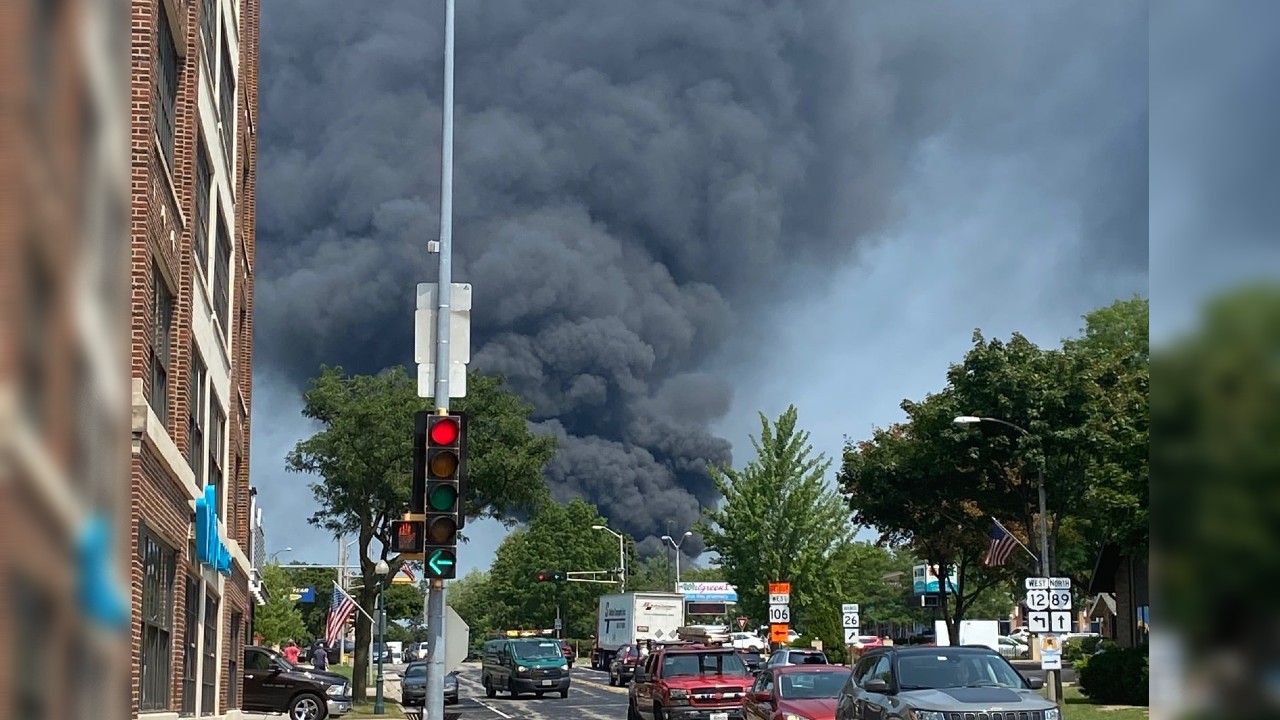 Anyone who has evacuated their home due to the fire in the 700 block of Oak St. can come to the gym at the Fort Atkinson Municipal Building, 101 N. Main St, according to the Jefferson County Health Department.

Enter through the Main Street entrance. The Hoard Historical Museum is also open to the public.

Residents on the north half of the city should expect low water pressure and discolored water while the situation progresses.

The fire broke out about noon, and massive smoke has filled the sky and can be seen for miles.

The city water supply was drained down significantly while fighting the fire, and materials will be allowed to burn overnight.

All those working in the building at the time the fire broke out are accounted for.

There were no animals in the kennel club at the time.

Roughly $1 million dollars of classic cars are stored in the adjacent building, along with a server farm and a staging area for several private contractors, but the fire was stopped before it reached them.