In third ice rescue on Delavan Lake this month, two pulled to safety 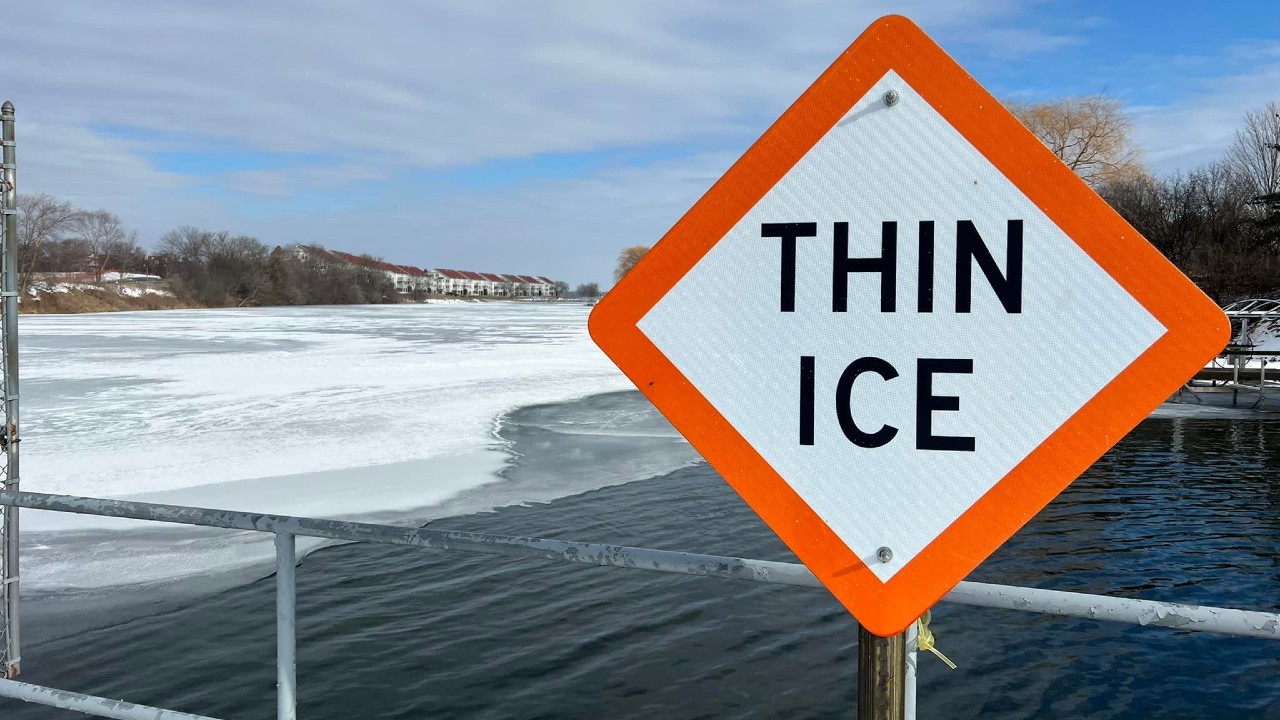 The Delavan Lake Improvement Association posted this photo a week ago warning people to be wary of thin ice. Photo courtesy DLIA on Facebook.

The two 19-year-old men from Franksville were wet and able to pull themselves out, according to a news release from the Town of Delavan Police Department.

Officers from both the police and fire departments arrived in the area and were eventually able to locate the the two men in the middle of the lake off Alpine Lane.

Both men were rescued by the Town of Delavan Fire Department using the air boat and were taken to shore. They were checked by rescue and released

This is the third time in a little over a week that someone has gone through the ice on Delavan Lake.

The Town of Delavan Police Department again is reminding everyone that there is currently thin ice and open water on Delavan Lake.