Could Aaron Rodgers eventually end up a Chicago Bear? 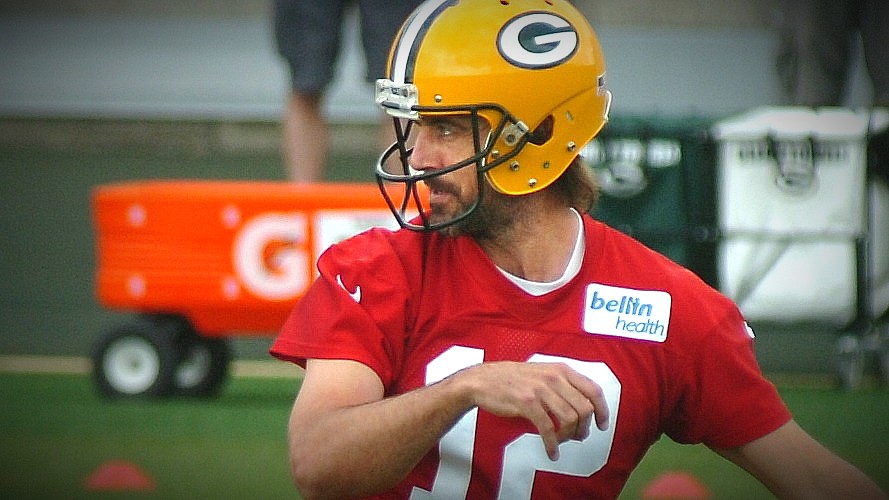 GREEN BAY — As the Green Bay Packers look ahead to Sunday’s renewal of the NFL’s oldest rivalry against the Chicago Bears, thoughts of QB Aaron Rodgers’ ultimate future remain a hot topic.

During Wednesday’s media briefing, a reporter asked Rodgers if, when his time in Green Bay came to an end, he could ever see himself playing in Chicago.

“No, no” Rodgers answered.

“So that’s a hard no?” the reporter pushed.

“No, that’s not going to happen,” Rodgers said, without explaining his sly grin.

For a time this summer, it wasn’t a certainty that Rodgers would even be back for the season.

Media reports that surfaced just before the NFL draft indicated that Rodgers was unhappy with management and that we wouldn’t return to play in Green Bay.

In May, Rodgers told ESPN’s Kenny Mayne on Mayne’s farewell show that he holds no ill-will against Love, but that his main complaint is a philisophical one with the organization, implying that the team needs to start treating individuals with more respect.

During a candid news conference at the beginning of training camp, Rodgers said he was frustrated that he never was consulted on roster moves, and that players he felt could have contributed were let go in what he says was a disrespectful way.

Negotiations with Rodgers continued right up until training camp, and the surprise signing of former Packer and close Rodgers friend Randall Cobb seemed to seal the deal for Rodgers’ return.