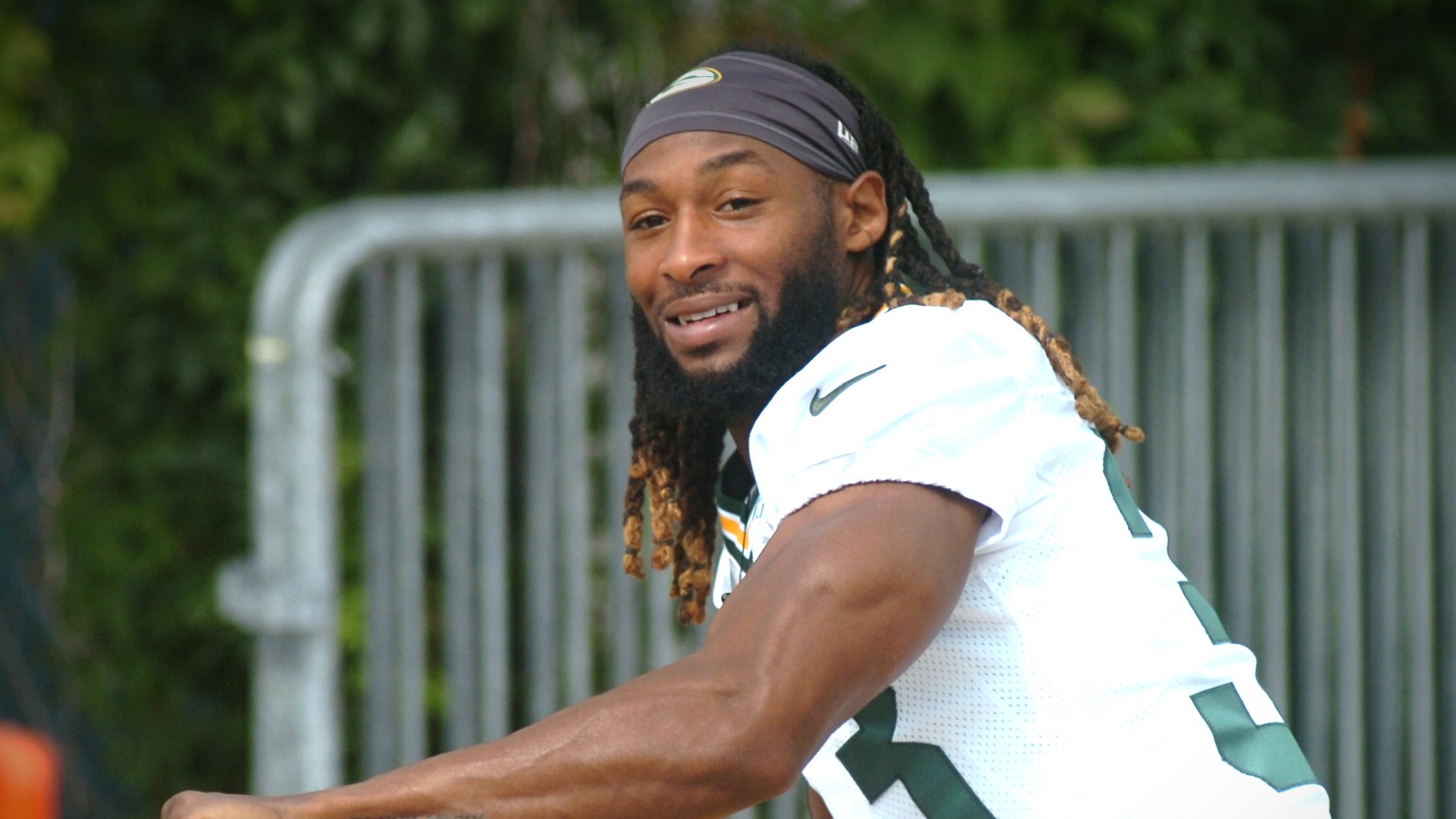 Aaron Jones has been nominated for the 2021 NFL Walter Payton Man of the Year award. Dan Plutchak photo

WALWORTH COUNTY — Two NFL players who mean a lot to football fans in Walworth County have been nominated for one of the NFL’s most prestious awards.

Green Bay Packer running back Aaron Jones and Chicago Bear tight end Jimmy Graham have been nominated for the Walter Payton Man of the Year award, the league announced today.

“It means everything to me,” said Jones of his nomination in a post on Packers.com. “Me and my family have always been big on giving back to the community and different things like that. Just to be mentioned in the same sentence as some of these guys who are nominated or some of these guys who have won before is a huge honor.”

One player from each of the 32 NFL teams are nominated and will receive up to a $40,000 donation in their name to their charity of choice, according to an NFL news release.

The winner of the Walter Payton NFL Man of the Year award will receive a $250,000 donation to the charity of their choice. All donations are courtesy of the NFL Foundation and Nationwide.

“The Walter Payton NFL Man of the Year Award is the League’s most prestigious honor and these 32 men represent their many teammates who do incredible things in their communities,” NFL Commissioner Roger Goodell said in a statement. “Their unwavering commitment to their hometowns and team communities embodies Walter’s spirit of giving back in a way that makes us all incredibly proud of the work they are doing every day.”

The 2021 winner will be revealed during NFL Honors, which airs Thursday, Feb. 10 at 9 p.m. ET on ABC and simulcast on NFL Network.