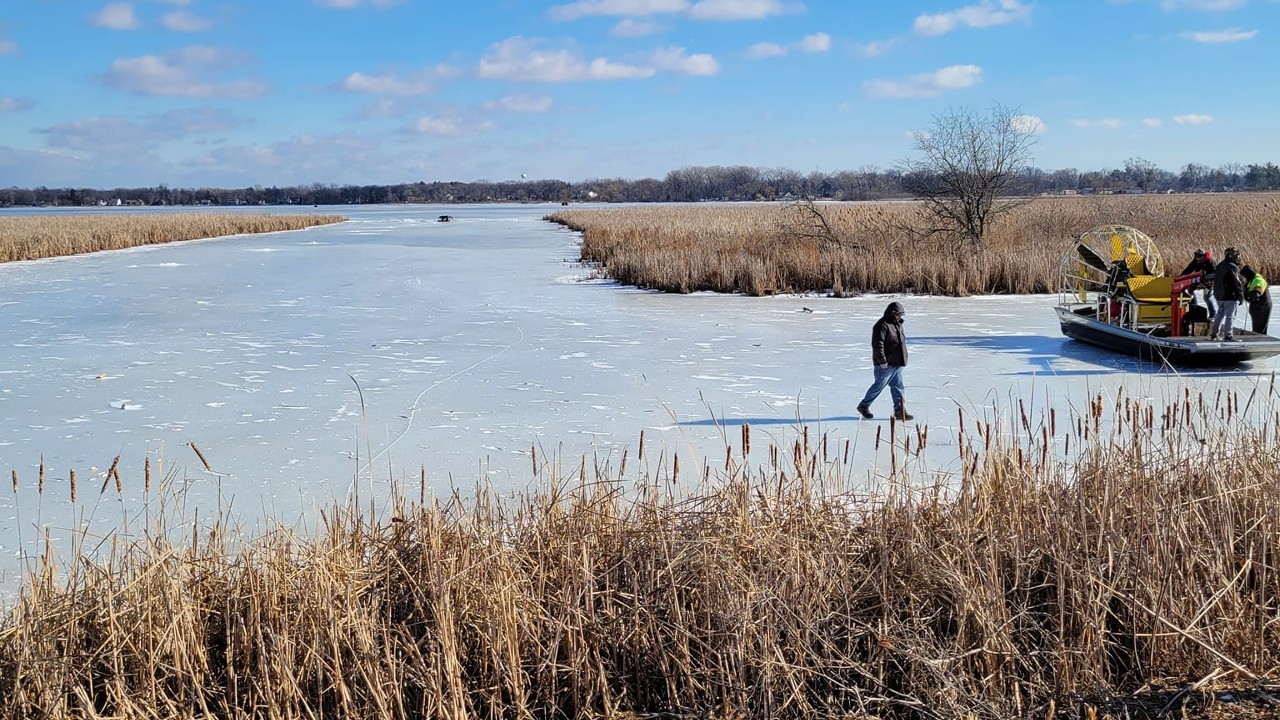 DELAVAN — After recent reports of large vehicles on Delavan Lake, authorities say that violates a town of Delavan ordinance.

The town of Delavan Police Department posted the warning Tuesday to social media saying that it had been brought to their attention that motor vehicles have been operating on the lake.

According to the ordinance adopted in 2002, no one can operate an automobile, farm truck, motor bus, motor truck, truck tractor or any other motor vehicle with a shipping weight of more that 1,000 pounds on the frozen waters of Delavan Lake or Lake Comus.

The warning comes after a recent stretch of four incidents in 10 days where people, snowmobiles and ATVs went through the ice on Delavan Lake has led to a large area of thin ice on the southern end.

Bruceskis Marine Construction/ Recovery which has undertaken several recoveries on Delavan Lake recently posted a map on their Facebook page showing the spots to avoid, which is located on the western portion of the lake.