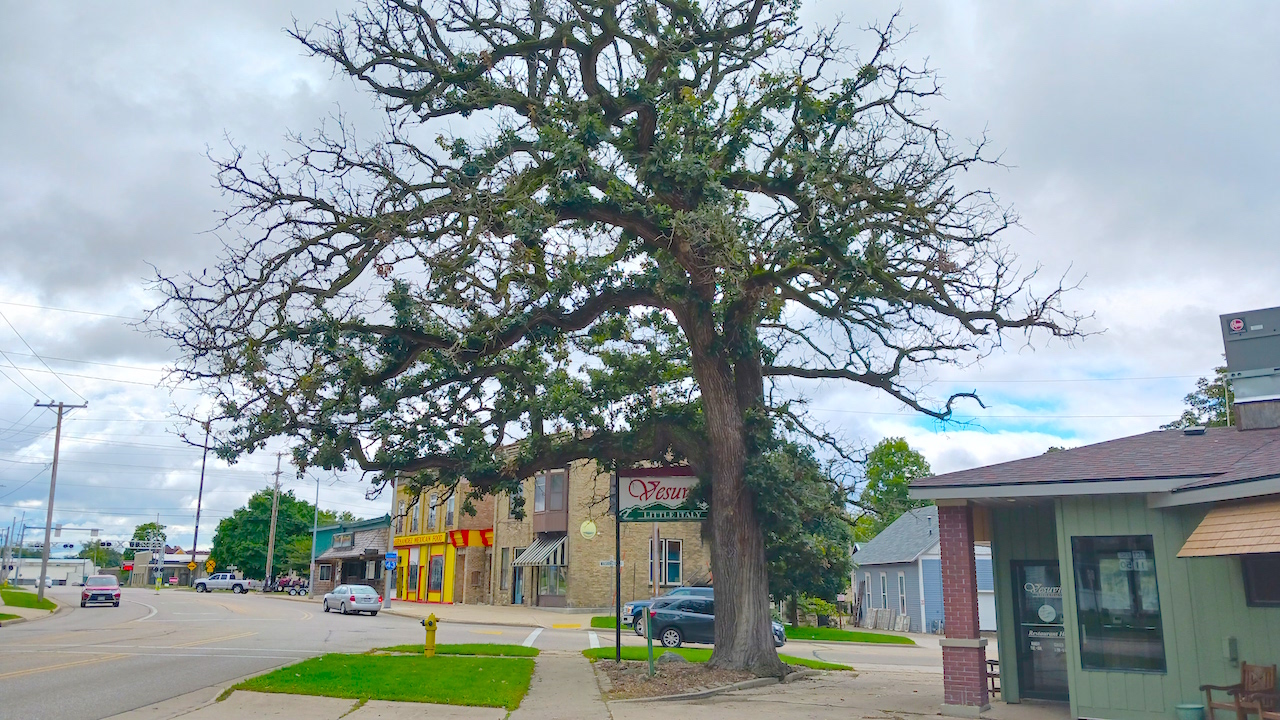 DELAVAN — It has shaded passersby in Delavan for more than 270 years, but now the branches on Delavan’s Civil War Muster Tree are slowly becoming bare, and the historic landmark’s days may be numbered.

Among those who gathered below the tree’s wide canopy from 1851-1864 were local Civil War volunteers heading to board trains for Union Army training camps.

City officials tell the Delavan Enterprise that 65 percent of the tree is dead and not recoverable.

The city could try to treat it, but Public Works Director Mark Wendorff says there’s no guarantee the remaining part of the tree could be saved.

He’s looking for input on what to do next.

For example, the city could leave the trunk in place and add a historical carving, or take the tree down and give away pieces as souveniers.

The large burr oak has a significant history in Wisconsin.

A poem by Larry Phillips on the plaque at the base of the tree, installed in 1993, chronicles the history of the tree:

Well, some returned and some did not
But chroniclers agree
The hell would never be forgot
By veterans of the Muster Tree

And if you’ll look, it still survives
Imbued with history
And grieves for those who gave their lives
The proud and lonely Muster Tree
– Larry Phillips