‘Greatest show on earth’ with ties to Delavan, set to return in 2022 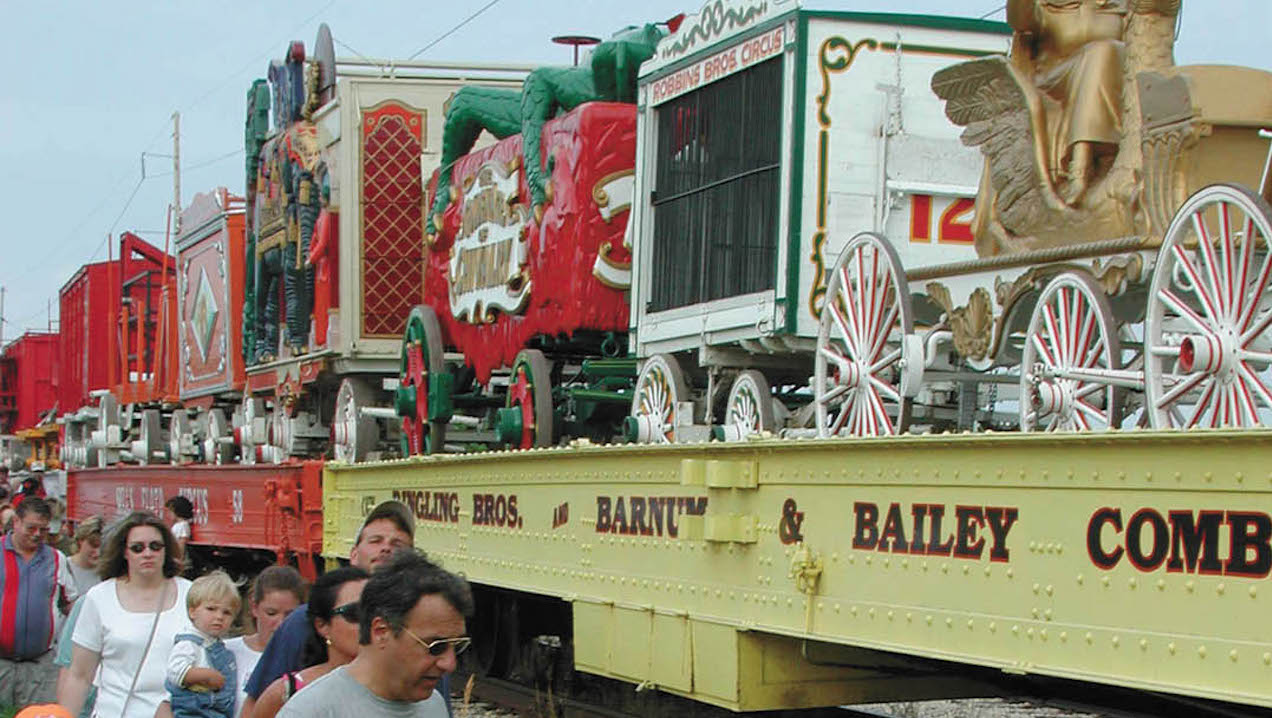 SEATTLE — An important piece of Delavan’s heritage may be sparking back to life with news that Ringling Bros. and Barnum & Bailey Circus is planning a comeback in 2023 — even if it is without the animal acts.

An official announcement is planned for 2022, but the news was divulged last week during a question-and-answer session at the VenuesNow Conference in Seattle featuring Feld Entertainment Chairman and CEO Kenneth Feld and Juliette Feld Grossman, the family entertainment giant’s chief operating officer.

Feld Entertainment, which tours Disney on Ice, Monster Jam and Supercross among its family entertainment brands, shuttered the circus in 2017 after animal rights activists’ uproar over the treatment of performing elephants and other animals.

The new version will focus on human performers, and some technology will be brought to bear where it makes sense in connecting with people, Grossman, who once was a clown car performer in the circus, told VenuesNow.

“In 2023 we will be relaunching Ringling Bros. and Barnum & Bailey Circus,” a choked-up Grossman said to audience applause. “You can see it’s emotional and exciting for us as a family. We really feel that Ringling Bros. has incredible relevance to today’s audience.”

Circus history in general, and Barnum and Bailey in particular, are closely tied to the history of Delavan, which recently rededicated its downtown Tower Park honoring circus life.

Founded in Delavan in 1881 following the merger of two older circuses, the Barnum and Bailey’s Circus went on to become one of the largest in the world.

It was one of more than 26 circuses that set up winter quarters in Delavan from 1847 to 1894, according to the Delavan-Delavan Lake Area Chamber of Commerce.

Then in 1884,  The Ringling Brothers Circus got its start in Baraboo when five brothers decided to start a vaudeville-style show.

Ringling Brothers purchased Barnum and Bailey in 1907 and formally joined with it in 1919, creating the “Greatest Show on Earth.”

Delavan traces its circus history to 1847, when Edmund and Jeremiah Mabie, proprietors of the U.S. Olympic Circus, then the largest traveling show in America, chose Delavan for their winter quarters on the property that is now the home of Lake Lawn Resort.

Hopes that the circus would return began in April with a posting on Circus Talk, an international bulletin board site, for the job of “Casting Director – Ringling Bros. and Barnum & Bailey – The Greatest Show on Earth.”