Snowy owl recovering after being injured in town of Delavan 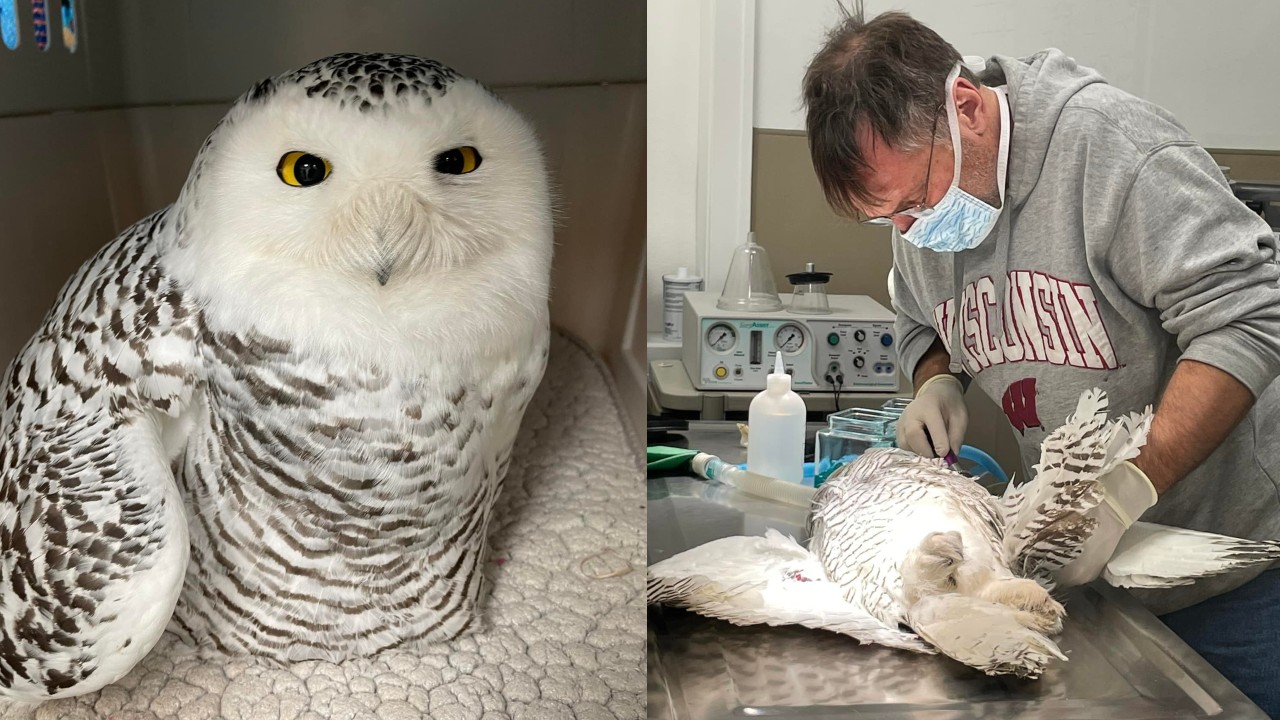 LAKE GENEVA — A snowy owl in recovering at a Lake Geneva wildlife rehabilitar after it was likely hit by a vehicle near Delavan.

According to a social media post from Fellow Mortals Wildlife Hospital, they were called out along with Town of Delavan police for a report of an injured owl near Cobblestone Road.

The bird, an immature male or young female (based on plumage and weight) tried to elude rescuers — even though bird had multiple fractures in both wings and one leg.

Based on where she was found, it was most likely the owl collided with a vehicle with wings spread open, according to Fellow Mortals.

Fellow Mortals credits Dr. Scot Hodkiewicz of the Lake Geneva Animal Hospital, and his willingness to perform surgery right away once the owl was stable, otherwise there would be no alternative except euthanasia.

The own currently is on medicine for pain, and will be in very critical condition for weeks now while the bones heal.

Assuming that goes well, it will be several more weeks of physical therapy, and then more time in the large raptor flight before release — which would be a miracle, according to Fellow Mortals.

According to Wisconsin DNR, there have been over 73 snowy owl sightings in Wisconsin to date, more than any other year except 2017.

Snowys nest in the arctic and only come down to the upper Midwest in the winter. If you see a snowy—please keep your distance for its sake.

If you would like to make a donation to help with this bird’s care: www.fellowmortals.org/donate